After the gradual easing of the Corona regulations in Austria, preparations for the 2nd W3+ Fair Rhine Valley are once again picking up full speed. With its event date in September, the fair will be the start of the second half of the business year. The new accompanying high-tech congress, N-Tec Talks, will focus on the new start after the lockdown and show companies opportunities in the three thematic areas of „Product Technology“, „Procurement and Production“ and „Management“.

Rhine Valley (D/A/CH/LI), 24 June 2020: Provided that Austria further relaxes the regulations, the W3+ Fair Rheintal (www.w3-fair.com/en/) will take place as planned on 23 and 24 September 2020. The fair will then open – as probably one of the first events after the Corona break – the eagerly awaited autumn season. For the second time already, the high-tech platform is calling experts from the optics, photonics, electronics and mechanics sectors from the four-country region of Austria, Switzerland, Liechtenstein and Germany to the Dornbirn exhibition centre. Together, the experts are looking for new technological solutions that are used, for example, in areas such as medical technology, tools & machinery and automotive. Key exhibitors have already confirmed their participation, including Swarowski Optik from Austria, Optotech from Germany, SwissOptic from Switzerland, Universal Photonics from the USA as well as ILT Fineworks from the Netherlands.

Looking to the future will be a central theme: the new, accompanying high-tech congress N-Tec Talks will be held under the motto „The day after Corona – prospects, opportunities and measures for the high-tech industry after the crisis“. The congress on enabling technologies took place for the first time at the W3+ Fair Wetzlar in Germany in February 2020. In the Rhine Valley, everything will revolve around the three subject areas of „Product Technology“, „Procurement and Production“ and „Management“. More than 20 speakers from associations and companies, including RHYSearch, ACMIT, CSEM and Optics Balzers will present their concepts for new beginnings, which are of equal interest to product managers, developers or buyers.

In order to meet the increased safety requirements in Corona times, organiser Fleet Events has put together a comprehensive package of measures that can be implemented as required. These include controlled numbers of visitors in the hall as well as wider aisles and increased cleaning cycles.

„We are confident that the event will take place in September. After the Corona break, we are expecting a strong response – many companies and partners are very much looking forward to resuming personal contacts. Dornbirn will thus become the hotspot of the high-tech industry in the Rhine Valley region during the two days of the trade fair,“ Project Director Jörg Brück is certain.

The venue Rhine Valley has been carefully chosen: The transnational region with its focus on research & development is one of the top ten of Europe’s 1,200 high-tech locations. This is where the cross-industry concept of the W3+ Fair is particularly effective. User sectors such as aerospace, automotive, medical technology, life science, tools & machinery benefit from the cooperation just as much as the high-tech industries themselves. At the premiere in September 2019, over 100 national and international exhibitors met with more than 1000 trade visitors.

About the W3+ Fair
The event is the result of an industrial initiative in Wetzlar and Central Hessen that aims to promote networking between the three sectors of optics, electronics and mechanics. New interfaces are to be used to launch forward-looking technologies. The fair took place for the first time in February 2014 in the Rittal Arena in Wetzlar. The W3+ Fair is organised by the Hamburg trade fair organiser FLEET Events (www.fleet-events.de). The name comes from Wetzlar Network (www.wetzlar-network.de). New is the W3+ Fair Rheintal, which celebrated its premiere in September 2019 in the four-country region of Austria, Switzerland, Liechtenstein and Germany with gold partners EPIC, Swissphotonics and Photonics Austria. 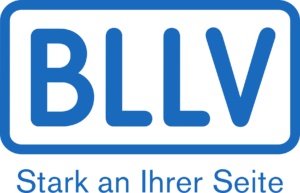